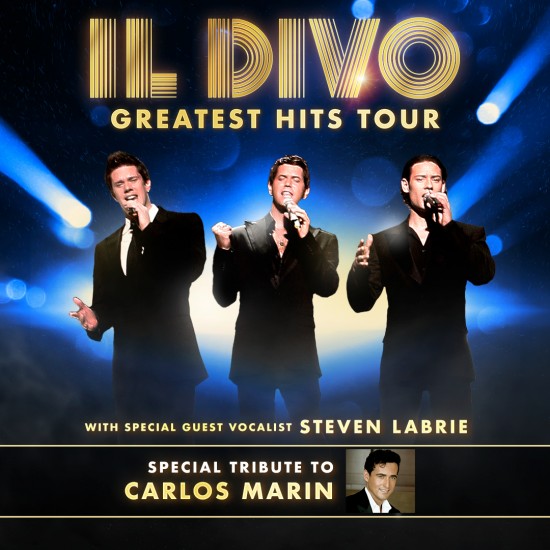 After our tragic loss of Carlos Marin, who devastated the world of music, and also fully affected the Il Divo quartet, the group has announced that it will continue with the concerts they had planned.

On this occasion it will be at the Sports arena in Benidorm with the remaining three members of Il Divo along with a special guest baritone Steven La Brie.

The Il Divo trio is now formed by Urs Buhler, Sebastien Izambard and David Miller. Il Divo have been pioneers in the classical crossover operatic pop genre and is considered one of the mian musical phenomena of the century.  Over 30 million albums sold and numerous gold and platinum hits in 35 countries.

Il Divos special guest artist, Steven La Brie has extensive experience as he has sung in various operas around the world.