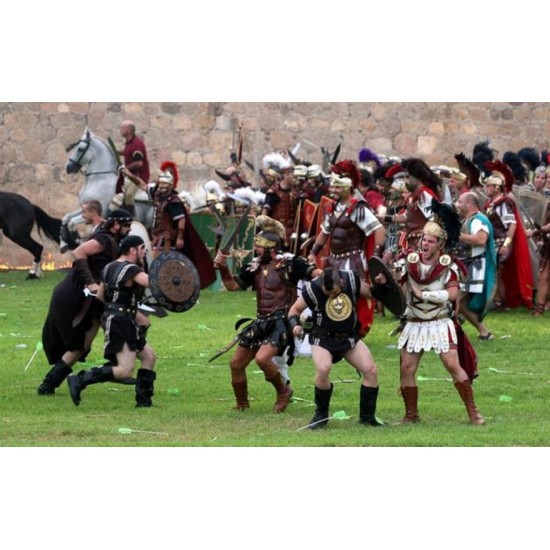 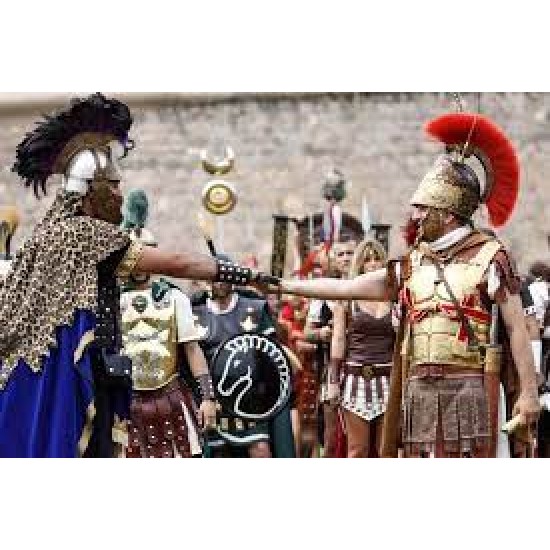 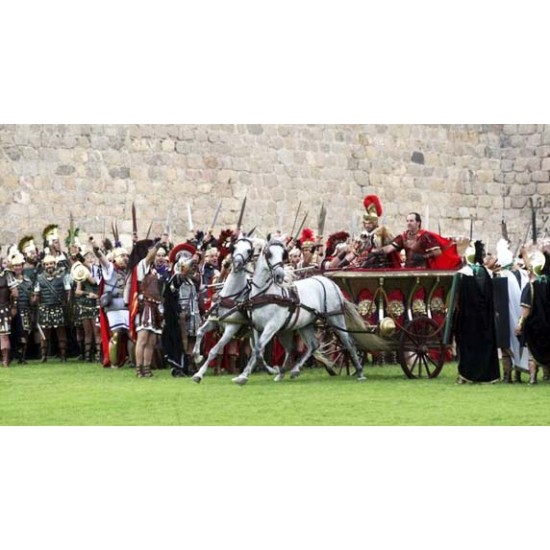 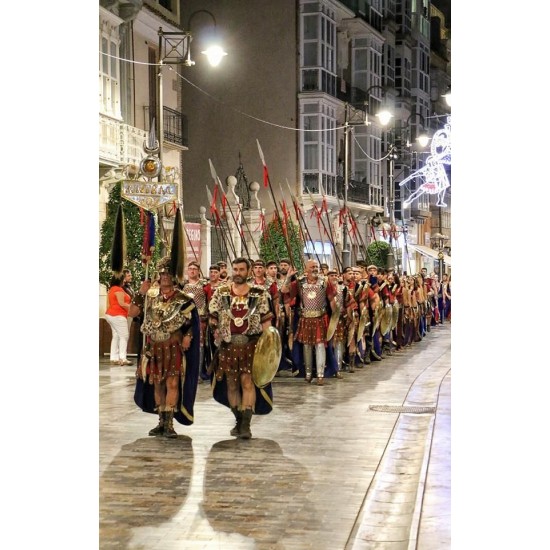 Don't miss this low cost, high value visit to one of the most original fiestas in the Spanish Calendar. Romans invade from the sea, to do battle with their arch rivals the Carteginians .

Suddenly we find ourselves in pre-Christian Spain witnessing the battles between these 2 mighty nations. The tribal chiefs of Carthage march through the streets in procession with their more sophisticated Roman opponents. An impressive reminder of much more turbulant times in the ancient city of Cartagena.Even around the year 200bc the World had superpowers. Two of these superpowers, the European Romans and the African Carthaginians regularly confronted each other during a series of wars called the “Punic Wars”.

When you look at modern day Cartagena with its beautifully restored castle, immaculate city walls, green parklands, sophisticated marina, and pristine city centre it is hard to imagine that this was the scene of one such battle. At least, that is until the Roman and Carthaginians fiesta takes place in the city. Suddenly Roman ships are entering the famous fortified harbour where so many of Spain’s sea battles have been fought. Making their way up to the open area beside the castle, the Romans prepare for battle with their sworn enemies the Carthaginians. Here the two warring nations, some on horseback, some on foot face each other. The Romans dressed in their immediately recognisable short tunics with metal breastplates and helmets. The Carthaginians in fearsome tribal costumes, faces smeared with war paint.

Battle commences to a background of castle walls, flaming torches and thunderous bangs.  Later as the dust of battle settles, the triumphant Romans march through the streets to their camp, where they then declare the imposition of Roman law on all subjects of the city. This wonderfully dramatic re enactment of real historical events, which actually occurred in this city all these years ago, can be witnessed first hand and without worrying about parking.

This is an afternoon / evening event.