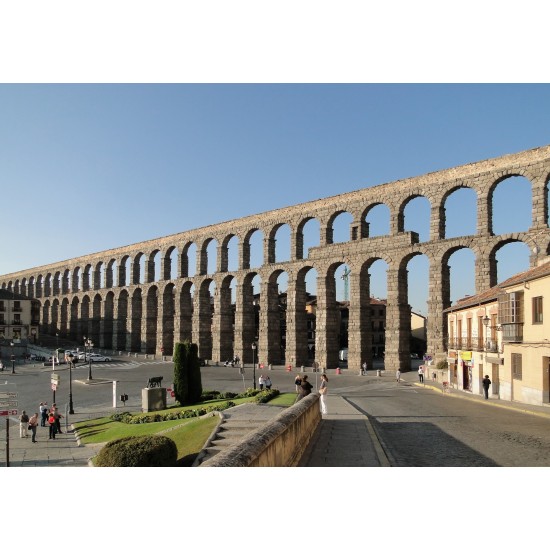 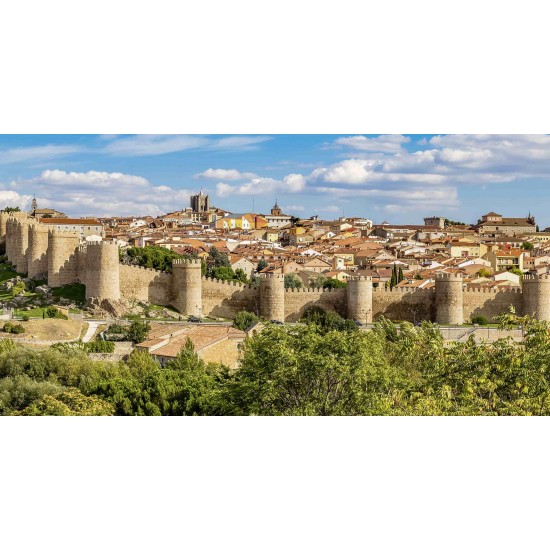 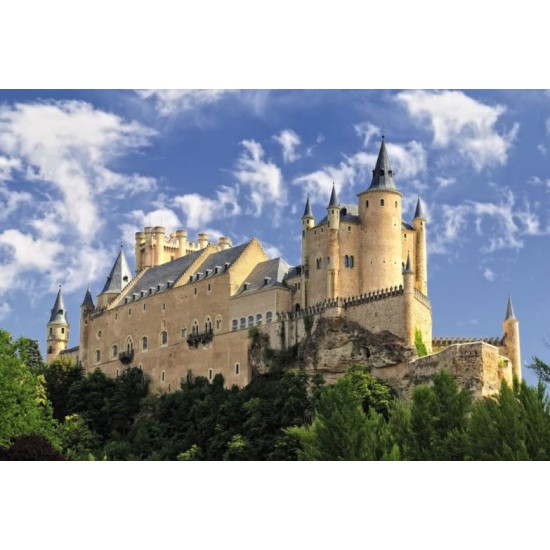 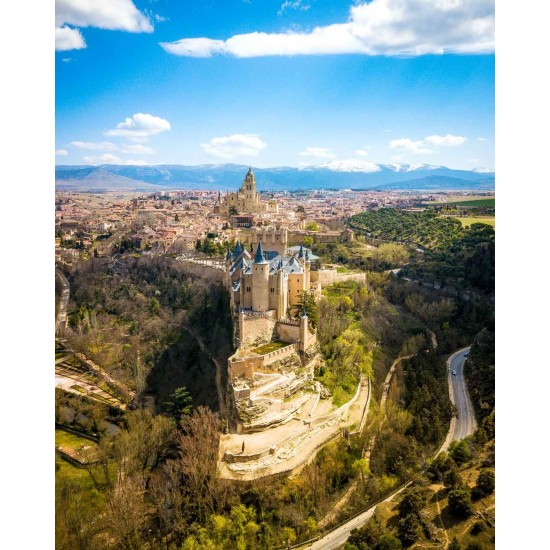 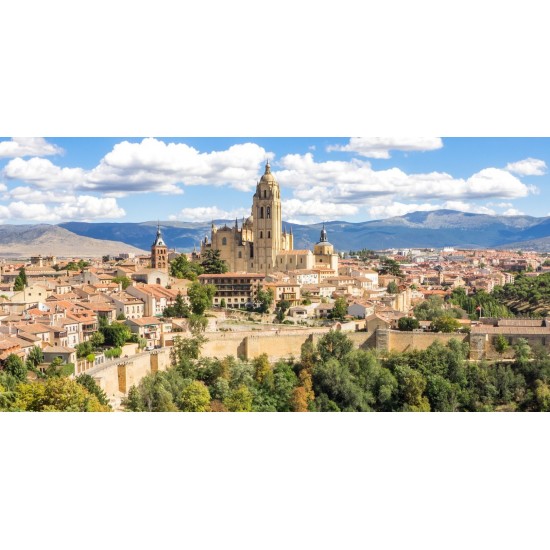 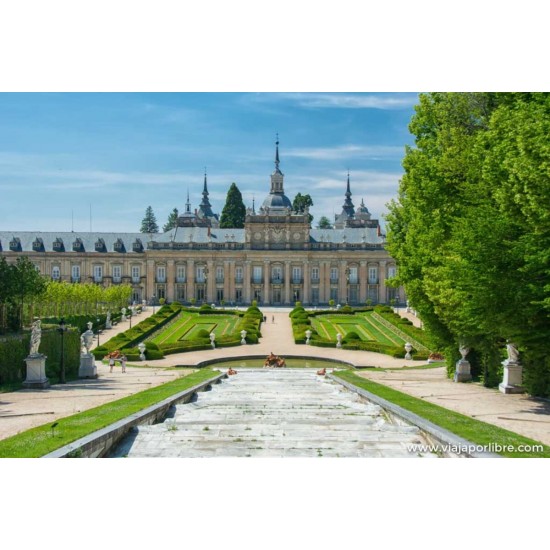 Day 1 - Travel to Segovia with comfort breaks on the way.

Alongside the mountains of central Spain and only a fairly short drive from the Capital city of Madrid are some of the most outstanding cities of Spain. Segovia, built on a rock, this city has the appearance of a ship sailing between the mountain ranges. The ships bough formed by the fairytale castle sitting right at the front peak of the rock and overlooking a valley cut out by two rivers, Eresmas and Clamores. This medieval marvel has looked over the valley for centuries. Its rooms are filled with souvenirs of a fascinating past which include some of the most important people in Spanish history. Statues and paintings which amount to a gallery of who's who in medieval Spain, fill large grey walled rooms. While the castles location offers magnificent views over the well irrigated landscape which tumbles down to the burbling water of the two rivers. The massive cathedral, situated in the centre of the rock provides the sail for our ship. Sitting alongside a town square where people watching could become addictive, some time should be given to the interior of this stunning building. But even before you reach any of this, you are confronted with the most magnificent entry gate to any city anywhere in the world. The Segovia Roman Aqueduct. This 92 feet high, 2,883 feet long marvel of Roman architecture has stood in its present position, welcoming visitors to the town for over 2,000 years. A sight once seen, never to be forgotten. This is central Spain at its memorable best.

Day two is a free day to continue exploring the city of Segovia.

Day three Offers a day visiting Avila. Avila stands on the banks of the Adaja river at an altitude of 1,127 metres, this makes it the highest city above sea level in the whole of Spain. It is a perfectly walled city that serves as a breath-taking introduction to Avila as we approach. Building of the walls began in the 11C by order of Alphonso 6th in order to fortify it against Arab invasions making it the earliest of its type in Europe and it has survived perfectly intact through centuries. The city is a remarkable collection of dozens of churches, monasteries, mansions and squares. Why not take a ride on the tourist train and see this magnificent walled city at its best.

Day four, A short stop in San Ildefonso.  Just 11kms outside of Segovia we find the charming town of San ildefonso which is famous for the Summer Royal Palace.  You can enjoy a walk around the delightful gardens with its stunning sculptures and fountains before having a refreshing drink in one of the local bars before boarding the coach for our return to Torrevieja.

The good news is that you can see all this and more for yourself and without breaking the bank.