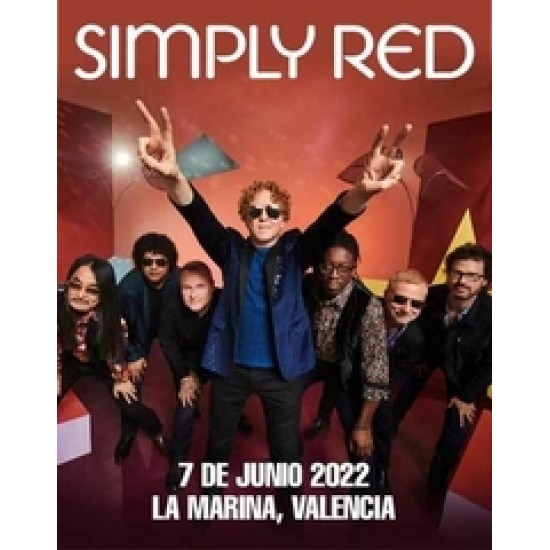 What a great opportunity to see Mick Hucknall and co ...AKA SImply Red in valencia for their All the Hits Live 2022 Tour.

Our tickets are SEATED tickets located in the block Tribuna Este Par 1.