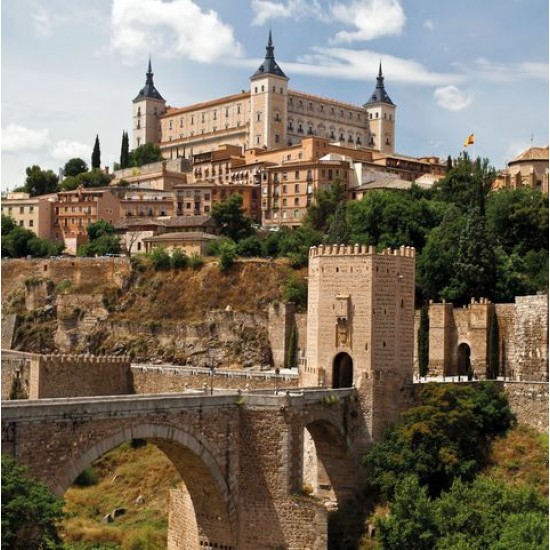 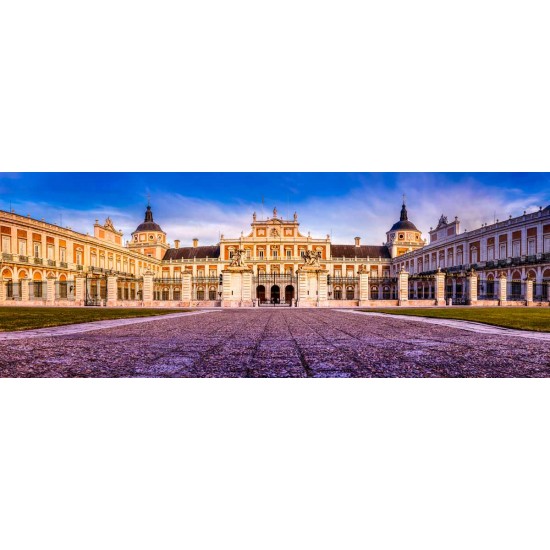 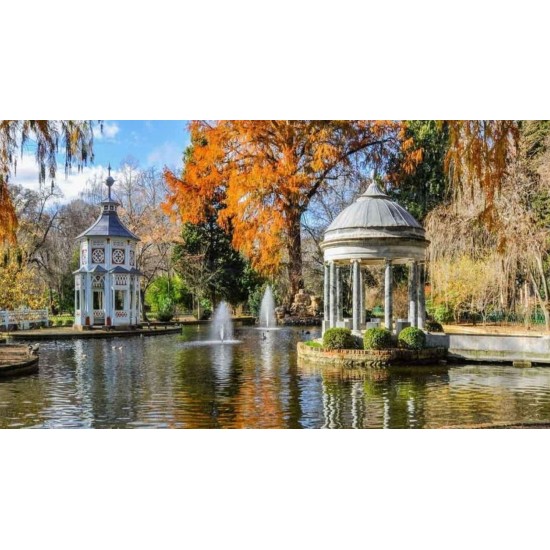 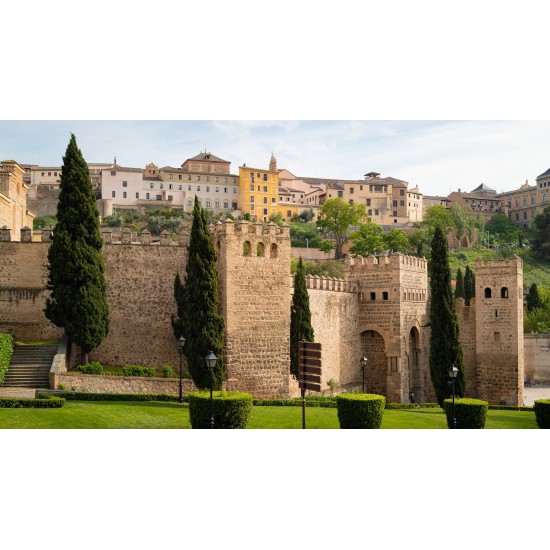 The very heart of medieval Spain – the fortified city of Toledo. A city which played a major role in all areas of the turbulent history of Spain. Narrow cobbled streets lead to places like the house of El Greco, the enormous Alcazar, and the equally large and extremely ornate Cathedral of Toledo, the focal point of the Spanish Inquisition.

Sitting on a large hill, encircled by a river is a truly marvellous medieval walled city in central Spain, with hundreds of twisting and irregular cobbled streets in which the only way to discover them is to get lost!

The city is Spain´s former capital, Toledo, declared World Heritage back in 1986 for its cultural and monumental heritage. This is no surprise as it features hundreds of monuments, churches, synagogues and museums. Although its title as capital was passed to Madrid, it still remains the religious capital of Spain and has an important religious history, known for its peaceful co-existence between the Christian, Jewish and Moorish cultures.

A handsome yet ornate cathedral with a bell so big it caused damage to the city when it was first rang, a huge Alcazar or royal palace, and a castle once used for the Knights Templar all add to a city skyline that leaves the first time visitor breathless upon arrival.

The city is also famed for its production of high quality steel and blades as well as being the home to many famous people, including the artist El Greco whose home and museum you can visit in the city. His most famous painting is also on display, as well as many other works of art that can be discovered around the city.

With every twist and turn you´ll find a café, bar or restaurant where you can sample Toledo cuisine, and a special treat for the romantic is to get up early and watch the sun rise majestically over the city, setting the buildings aglow with a golden hew. Just as dramatic is watching a golden-pink sun sinking into the fields of Toledo at the end of the day, maybe with a glass of chilled rosé from Castile-La Mancha, the region in which you find this beautiful city that time forgot.

On our last day we head off to the World Heritage town of Aranjuez.  On the banks of the River Tagus the town of Aranjuez is made up of Royal Palaces, serene gardens and much more.  The current layout of Aranjuez dates back to  the 16th century during the reign of Felipe II, who awarded Aranjuez the title of a Royal site.  Centuries later future Kings transformed Aranjuez into a centre of the court which saw the transformation of the Royal Palace, the development of gardens and stunning water features.  The gardens of the Royal Palace are a talking point when visiting as you have different areas in completely different styles, such as the English flower-bed garden or the oriental style gardens to name just 2.  You also come across old hunting lodges, small pavilions and more.

An optional tourist train visit gives you the full experience of these gardens without having to do all the walking involved !!!!